Stunning new Q & A with readers of Wild Willful Heart

If you have family struggling with life, people you love with life threatening illness, or anyone you know that needs a true story where the good guys win southern style, then read Wild Willful Heart. With supreme confidence, I personally guarantee this book will produce miracles in your lives. My thanks to all my readers!

How did you go from being a liberal in college to be a member of the Mormon Church, a mostly conservative and Republican organization?

I watched the first so-called progressive educators that were infused in the system in the 60s and 70s. These progressives were the “cool teachers” that let the kids run wild a bit, and we liked that being children. I wound in a top 200 in America high school filled with lots of upper middle class spoiled party teens from liberal families, so the atmosphere was insidious. It was near total chaos. Reality post high school graduation began waking me up, then college had the same effect. Liberalism had failed for me as this desert of open ended circular discussion of radical ideas going nowhere and always pushing government as the solution. There is this antithetical vibe of bitterness and mockery of centrist foundational principles of both the Bible and America I could no longer stand. You rarely see love of the God of the Bible in liberalism, they either change Him to suit their politics, or are flat out too busy worshiping themselves. Conservatives tend to understand the God in the Bible as He is. Such as it was, the Mormons came along and ready for change, I spent nine years with their mixed messages. The positive side of the Mormons was order and rule of law. I learned how families should behave, respect for the Constitution, God and responsibility. Too bad the Mormons are confused in their religion, but it made a great story for my readers!

In what seemed to be an unnatural progression, why did you go from the Mormons to American Indian fundamentalism?

If you really put your whole being into Mormonism, have it fail as it is wont to do, such a supernatural religion leaves this giant hole begging a replacement. Plus the Mormon religion has this love affair with American Indians thinking they are a lost tribe of Israel. There have been many testimonials of Mormons leaving the church and heading off into the new age or American Indian spirituality, and I personally ran into several interesting cases over the years. With the Indians, I naturally had the blood speaking to me from my veins, wanting to learn to fast for long stretches of time and do vision quest. Why? Because a 40 day vision quest is how Jesus started his mission to the world. I never embraced the Indian gods, Jesus led me through my native experiences and that drove some medicine men crazy about me.

Nothing like my vision quest days. Yet since a child I have always seen and felt spirit entities as I describe myself as a “low level empath”, but that has evolved over time. I don’t enjoy seeing, so I have suppressed quite a bit over the years it is so draining and complicated. So now though I see flashes of spirits here and there as the Holy Ghost would have. I mostly get strong impressions of people by their flickering or changing eyes, voice inflections, emails, and in their homes. The flickering eyeball thing is best described by what Hillary’s eyes did on the campaign trail, but most people do not get it. Not good. Most of what I am picking up in 2017 is latent rage, turmoil, depression, envy and desperation, for the most part these are easily changed by a person’s perspective. Wished I had better news for the New Year.

Are you still working with individuals in a healing capacity?

I don’t go out seeking it anymore, so this too has changed over the years. In the last year, the Lord has brought me several men with serious addiction problems I have tried to help with less than glowing results because that is a tough area. The spirits are strong and many of these people bear such self-loathing and shame that they want to kill themselves slowly this way. Sadly, sometimes you realize that might be the best thing for them before they actually hurt someone else.

Did it ever come clear to you why you lived in that haunted mansion?

That was a fascinating experience that I have spent much time over the years figuring out. It goes back to how many Americans predominantly imagine living lifestyles of the rich. Be careful what desires overtake you. I was directed by God to have this event in my life, it was an expensive lesson about how happiness does not come through material things. It was compounded by some very bad things having happened before I ever arrived, things I won’t say here. Even the most outwardly beautiful homes and land can be like whitewashed sepulchers, and there ought to be strict laws warning.

Do you hold any grudges with people from your story?

I have no ill will for anyone from my story, you forgive others for yourself, not them. I wish everyone could embrace the living waters of Christ and see things past and present for what they are. I think there are a few that may not have good intentions in my direction, but they are long gone or if they are around, I handle them. Most of them have no idea how easily they are read.

You really bared the soul with your book, how do your friends and family feel about the story?

Writing this book filled with so many phantasmagorical images and events, I had to wait for proper perspective. It took years. That perspective came in with the wisdom of my 50s, a peaceful time of reflection and worshiping Christ. There were many rewrites and an incredible amount of revelation from the Holy Ghost. For any story to have depth or meaning it must have pathos and beauty, you have to lay it out. My parents are less than thrilled because, as they say, it shows how they should have been there for me, but I made them understand that they were! They do understand the powerful message of the book and the incredible change in my person for over twenty years now. My friends seem to love the book, amazed by how it changes ones perspective of reality. I am getting good feedback from the public.

I wrote Wild Willful Heart for the public, an uncompromising wild ride through the depths of spiritual midnight and the dazzling breakthroughs that come from the light of Christ, giving even the heathen release from rage and the people no reason to ever embrace a vain thing. (Psalm 2:1) 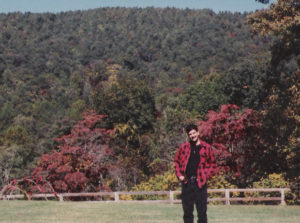